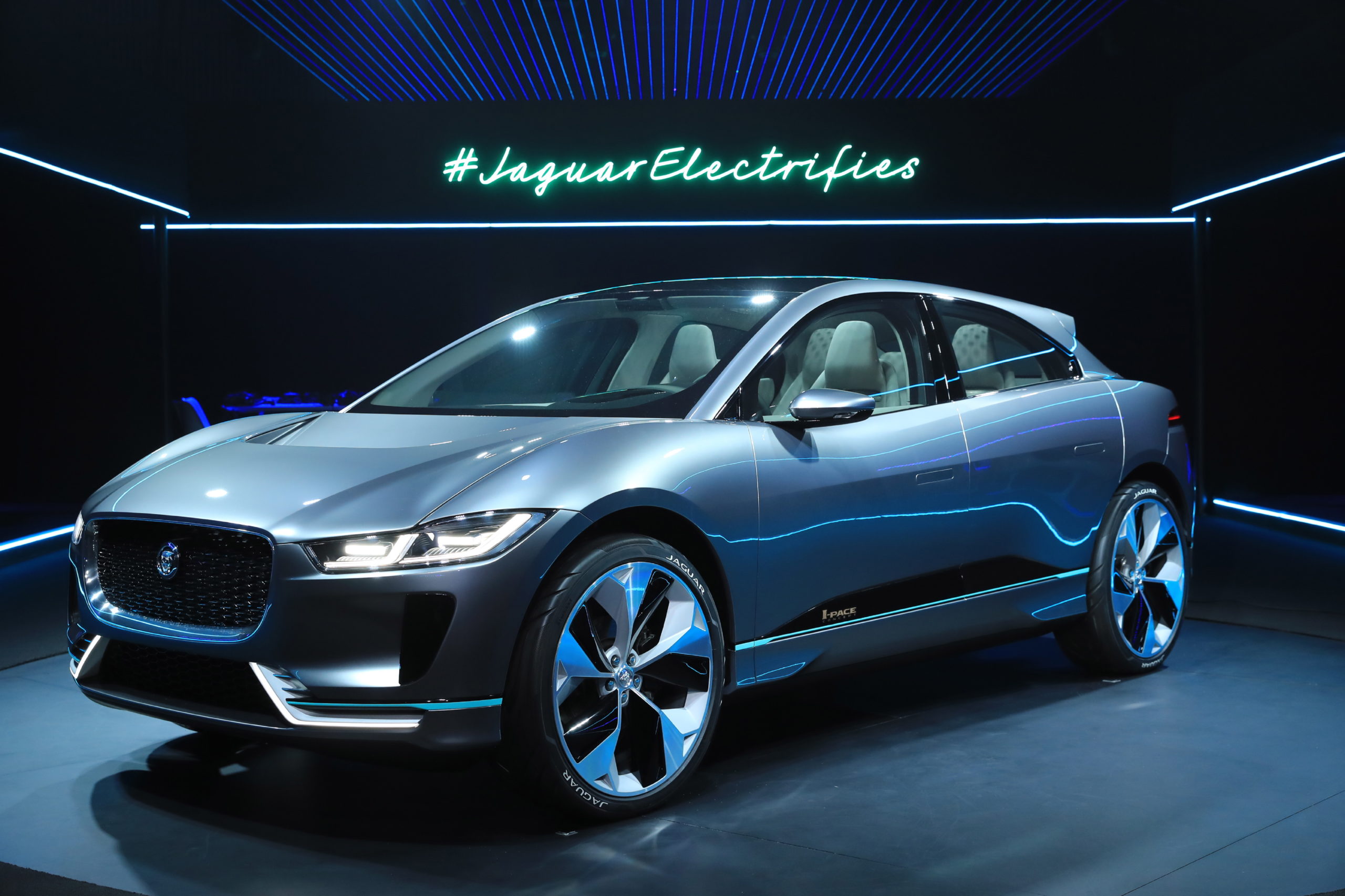 Nearly a year ago, Jaguar Land Rover registered the term “I-Pace” with the U.S. Patent & Trademark Office. This set off speculation of the United Kingdom-based luxury automaker’s plans for an electric vehicle, and now we know the answer. By 2020, according to the company’s CEO, Ralf Speth, up to half of Jaguar Land Rover’s lineup will be hybrid, plug-in, or all-electric.

At this year’s Los Angeles Auto Show, Jaguar unveiled the first vehicle of the new generation: the eagerly anticipated I-Pace Concept crossover electric vehicle, the company’s first vehicle on an all-new EV platform. Jaguar confirms the five-seat production model, which has the exterior footprint of a mid-size SUV but interior volume of a full-size SUV, will be on the road in 2018.

Not content to merely repackage an existing vehicle, Jaguar developed this platform from the ground up. “The I-Pace is an uncompromised electric vehicle designed from a clean sheet of paper,” said Jaguar Land Rover’s Technical Design Director, Wolfgang Ziebart. “We’ve developed a new architecture and selected only the best technology available. The I-Pace Concept fully exploits the potential EVs can offer in space utilization, driving pleasure and performance.” Lacking the constraints of conventional vehicles, Ziebart explained, the I-Pace platform “can either be stretched or compacted, so it is a good platform for other vehicles.”

Inspired by the Jaguar C-X75 supercar, the company’s design team took advantage of the opportunities afforded by eliminating an internal combustion engine in favor of an electric drivetrain. Unlike some other vehicles that make compromises in electric vehicles, Ian Callum, Jaguar’s Director of Design, said that the I-Pace’s design is intended “to celebrate the new battery technology.” Callum elaborated on this point, saying “Electric vehicles offer designers much greater freedom. . . . This is why the I-Pace Concept is developed on a new architecture which has been designed to optimize electric vehicle performance, aerodynamics and interior space.”

To ensure Jaguar’s EV drivers enjoy the renowned Jaguar experience, the I-Pace is equipped with electric motors on the front and rear axles to provide all-wheel drive capability. The motors’ combined output is 400hp and 516-lb ft. of torque – the same torque rating as the F-TYPE SVR. As explained by Ian Hoban, the I-Pace’s Vehicle Line Director, “Electric motors provide immediate response with no lag, no gearshifts and no interruptions. Their superior torque delivery compared to internal combustion engines transforms the driving experience. With 516-lb of torque and the traction benefits of all-wheel drive, the I-Pace concept accelerates from 0-60mph in around four seconds.”

The I-Pace will sport a 36-module 90kWh lithium-ion battery and aggressive regenerative braking, which together are expected to deliver an estimated 220 miles of range on a single charge. At high temperatures, the battery is cooled via the vehicle’s cabin-air heat pump (which, during the winter, is far more energy efficient than a conventional heater).

At home, the battery will charge at a rate of about 24 miles/hour on a Level 2 charger, meaning you can get a full charge overnight. The I-Pace can also be charged with DC fast chargers; how long it takes to fill up depends on the battery’s state of charge, but Jaguar says to expect about 90 minutes for an 80% charge (assuming the battery is nearly empty at the start). Most drivers stop DC fast chargers at about 80-85 percent of battery capacity because the current slows dramatically after this point.

Final U.S. specifications, design, equipment, and accessories have not been determined, and U.S. production vehicles may differ from the one shown above. Jaguar has not shared sales projections, but Joe Eberhardt, CEO of Jaguar Land Rover North America, said that the I-Pace is not intended to be a niche vehicle, and that the sales target “will be substantial.” 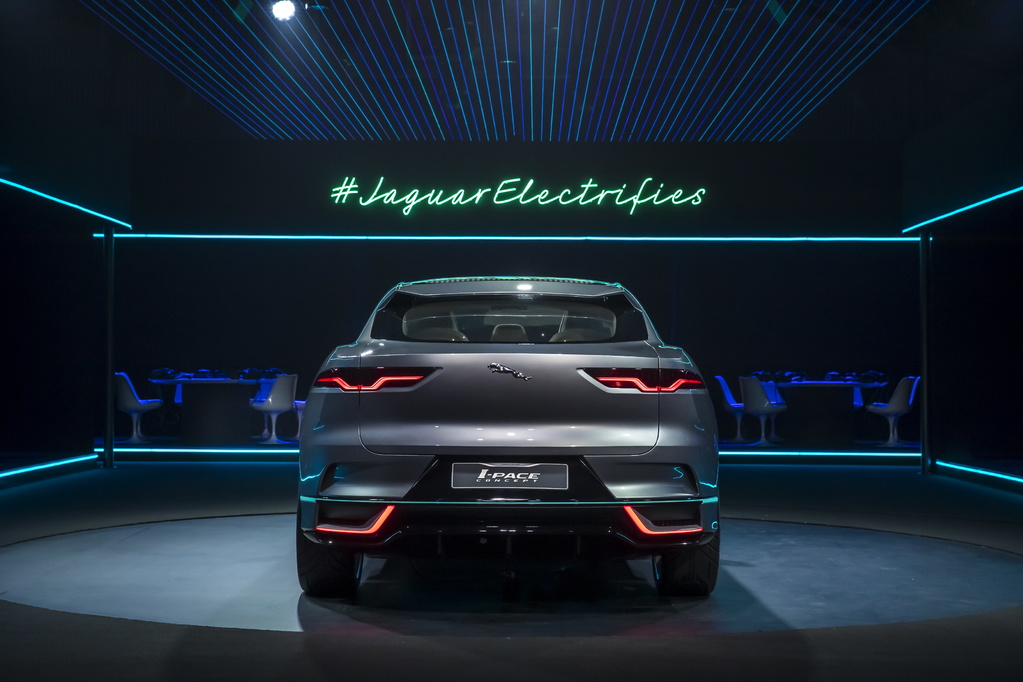