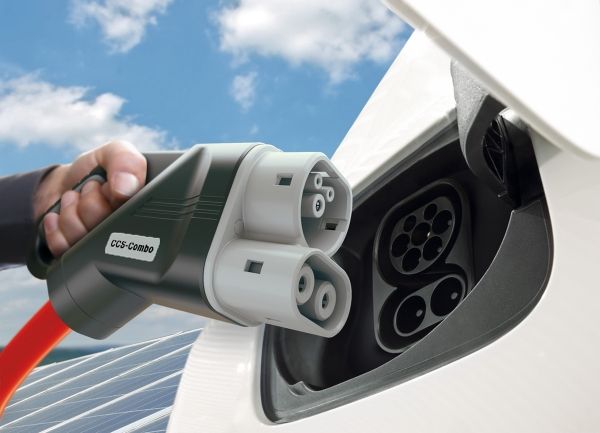 BMW Group, Daimler AG, Ford Motor Company, and Volkswagen Group with Audi and Porsche this week announced the signing of a Memorandum of Understanding to create the highest-powered charging network in Europe. The goal is the quick build-up of a sizable number of stations, which the automakers consider to be essential to broadening the appeal of fully-electric vehicles by mitigating drivers’ concern of running out of electricity or not being able to easily reach a distant destination without a protracted stop for charging. This concern, referred to as “range anxiety,” is the single biggest impediment to drivers purchasing EVs.

The projected ultra-fast high-powered charging network, which will be based on the Combined Charging System (CCS) protocol, will support power levels up to 350 kW. By comparison, Tesla superchargers today max out at 145 kW, while most CCS and CHAdeMO chargers today range from 20 to 50 kW. This dramatic increase in charging speed is partly necessitated by larger batteries but, even with the bigger “tank” to fill, a 350 kW charger is a true game-changer because the charging experience will become much closer to refueling at conventional gas stations.

The build-up is expected to start in 2017, and an initial target of about 400 sites along highways and major thoroughfares is planned. By 2020, the group expects customers will have access to thousands of high-powered chargers. A crucial point to consider is that the chargers being installed now will lay the foundation for future generations of even faster chargers because upgrading equipment later is relatively simple and inexpensive compared to building stations from scratch.