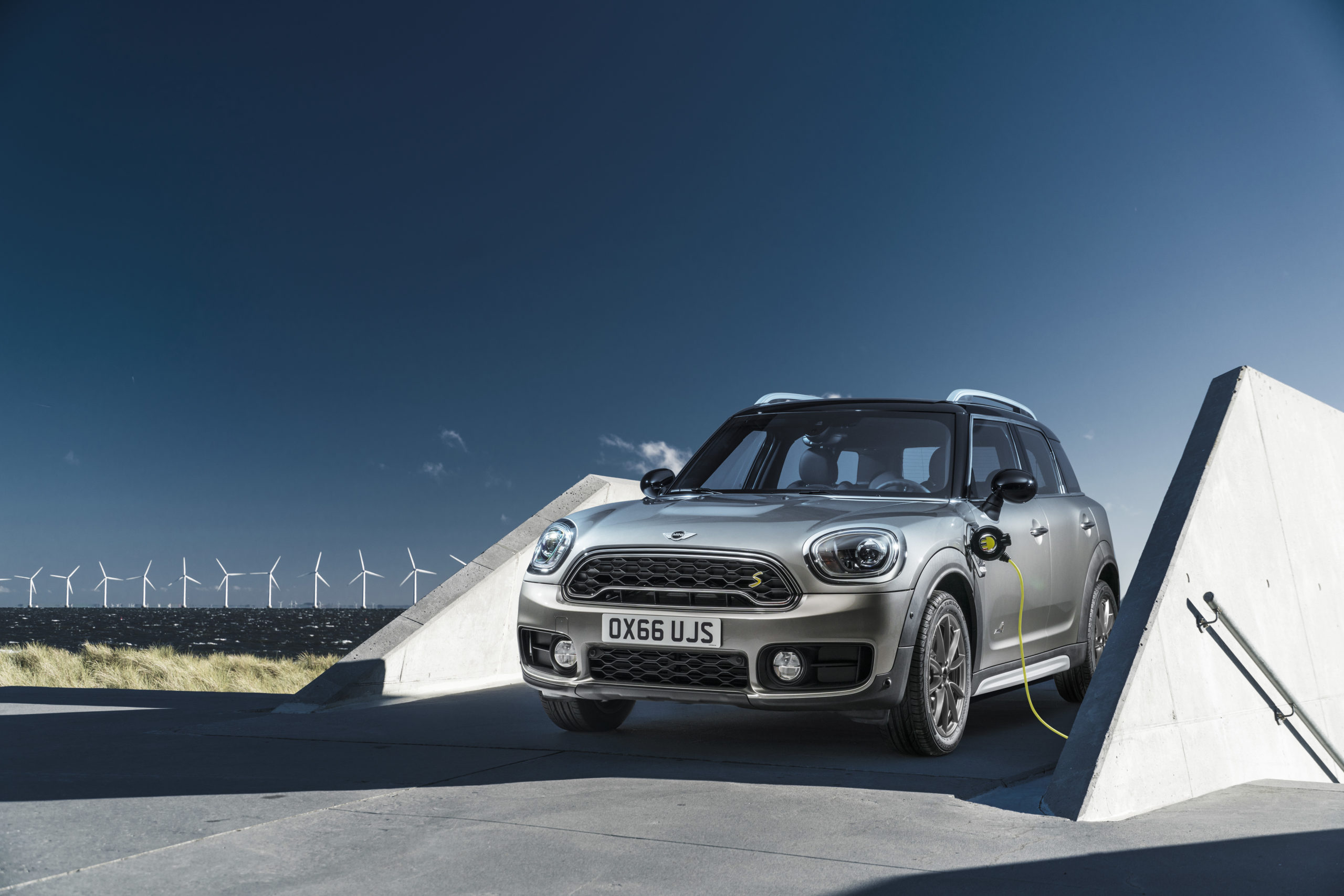 BMW’s Mini USA announced this week that the company’s first plug-in hybrid, the Mini Cooper S E Countryman ALL4, will be introduced at next month’s Los Angeles International Auto Show and will go on sale in June, 2017.

“The addition of the plug-in hybrid option is a major milestone for the brand and we look forward to bringing this exciting new vehicle into one of the top performing market segments,” said Thomas Felbermair, Mini’s Vice President of the Americas.

The new plug-in is a member of the 2017 Countryman line, which has been completely redesigned and reengineered from the ground up. The Countryman, which is the company’s largest vehicle to date, sports many premium features such as an expansive sunroof, keyless entry, a sophisticated infotainment system, and even a fold-out picnic bench!

Behind the scenes, the vehicle’s inline 3-cylinder gasoline engine (which powers the front wheels) works in tandem with a powerful electric motor (which powers the rear wheels). These power sources produce a combined peak output of 221 hp (134 gasoline + 87 electric) and 284 pound-feet of torque (162 gasoline + 122 electric).

The plug-in Mini carries a 7.6 kWh lithium ion battery along with a 9.5 gallon fuel tank, both under the rear seat. The battery delivers an estimated 24 all-electric miles. 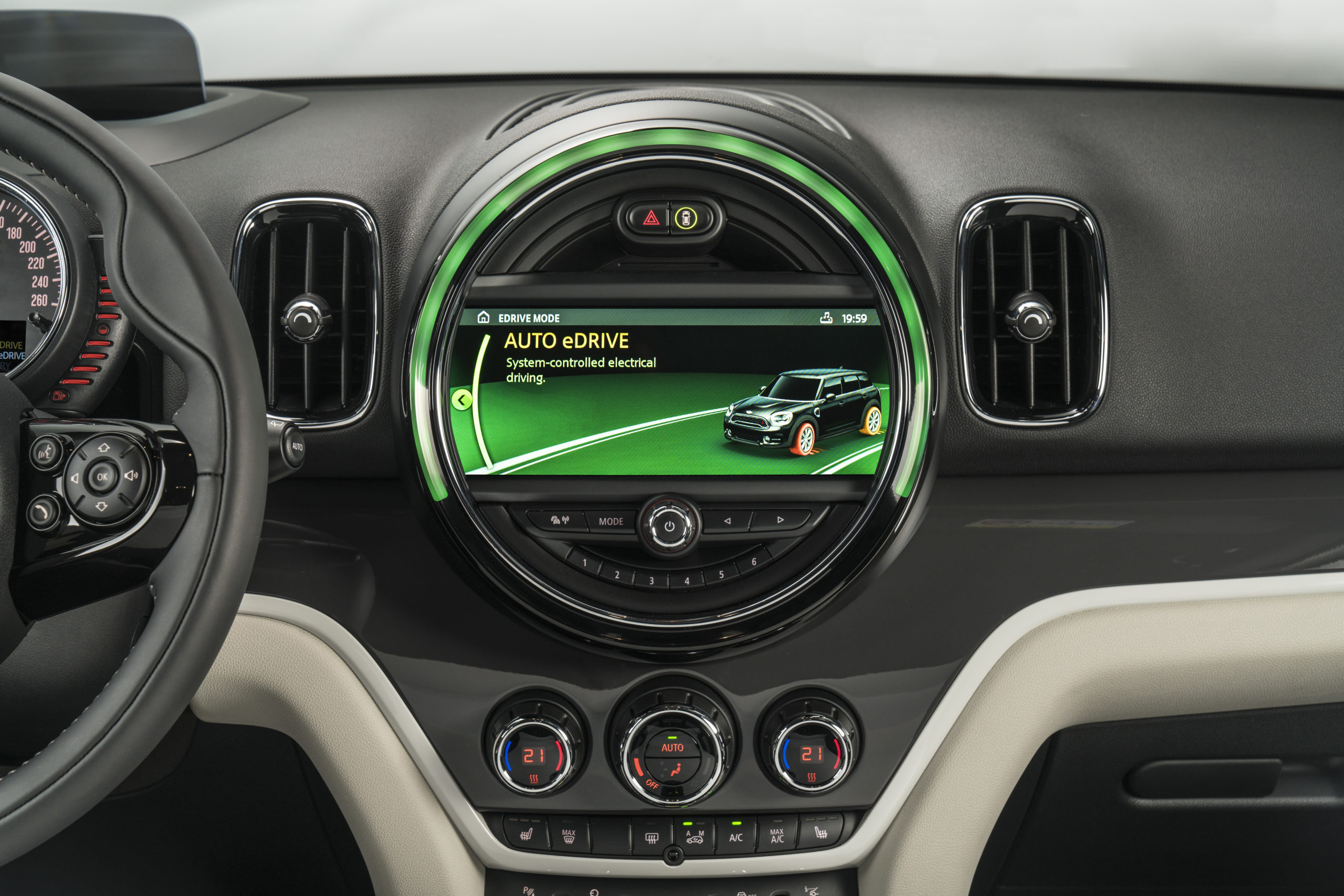 When the vehicle is in “AUTO eDRIVE” mode, power comes solely from the electric motor up to speeds of 55 miles per hour; at higher speeds in this mode, the vehicle’s energy management system begins to blend the combustion engine. This means that the vehicle emits absolutely no tailpipe emissions during around-town driving, or even up to moderate highway speeds. For drivers wishing to not use gasoline at all and enjoy the power of all-electric mobility, the “MAX eDRIVE” mode delivers 100 percent electric power up to approximately 80 miles per hour.

A third mode is “SAVE BATTERY,” which reserves battery power for when doing so is most efficient. This option is intended for a trip that begins with highway speeds, for which gasoline is better than electricity, and ends with driving on slower secondary roads where electric power enjoys great efficiency. So despite a battery that is small compared to fully-electric vehicles such as the Tesla, the “SAVE BATTERY” mode will maintain a 90 percent state-of-charge to allow you to drive hundreds of miles and still pull into a neighborhood at the end of the journey while cruising in silence and with no tailpipe emissions. 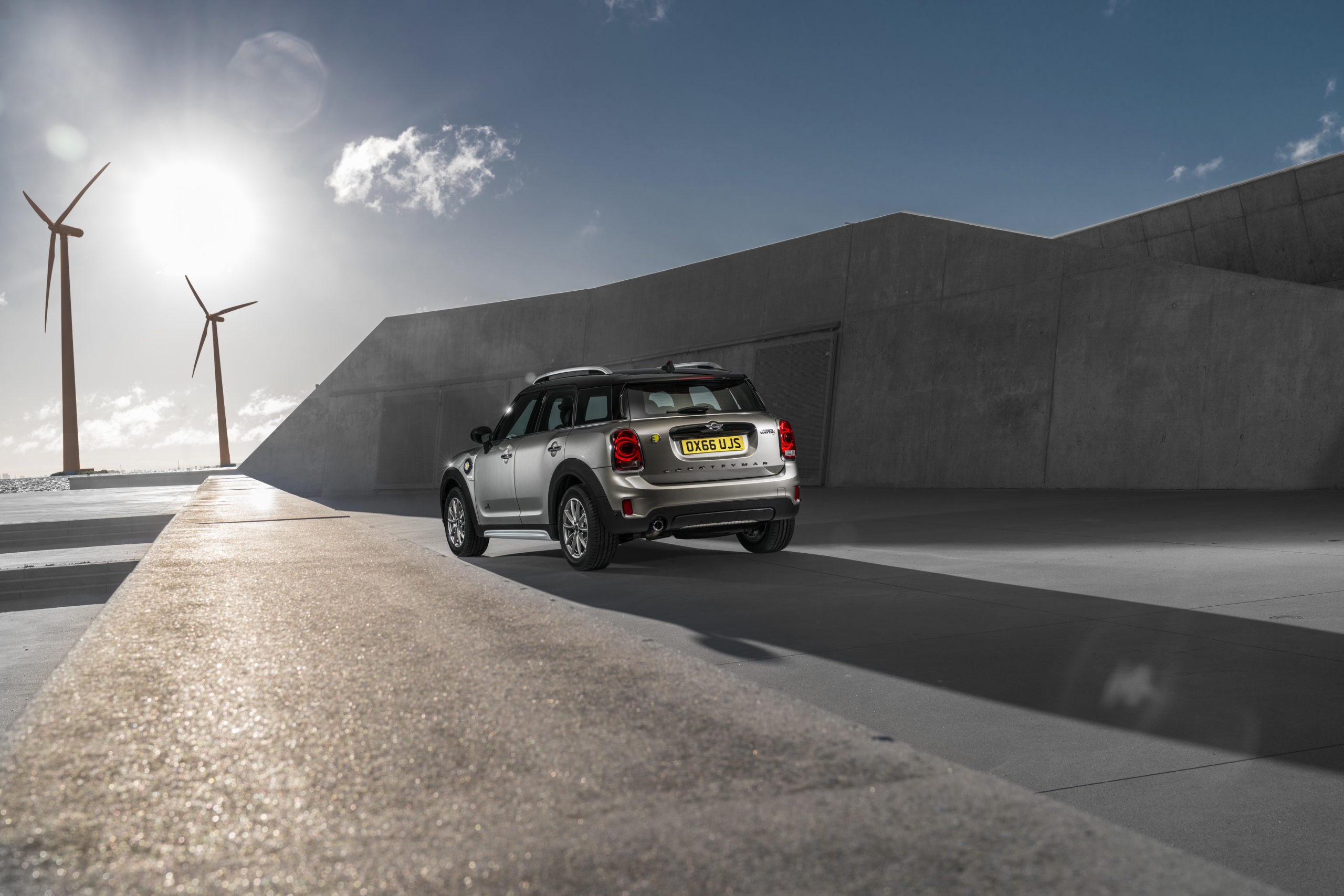