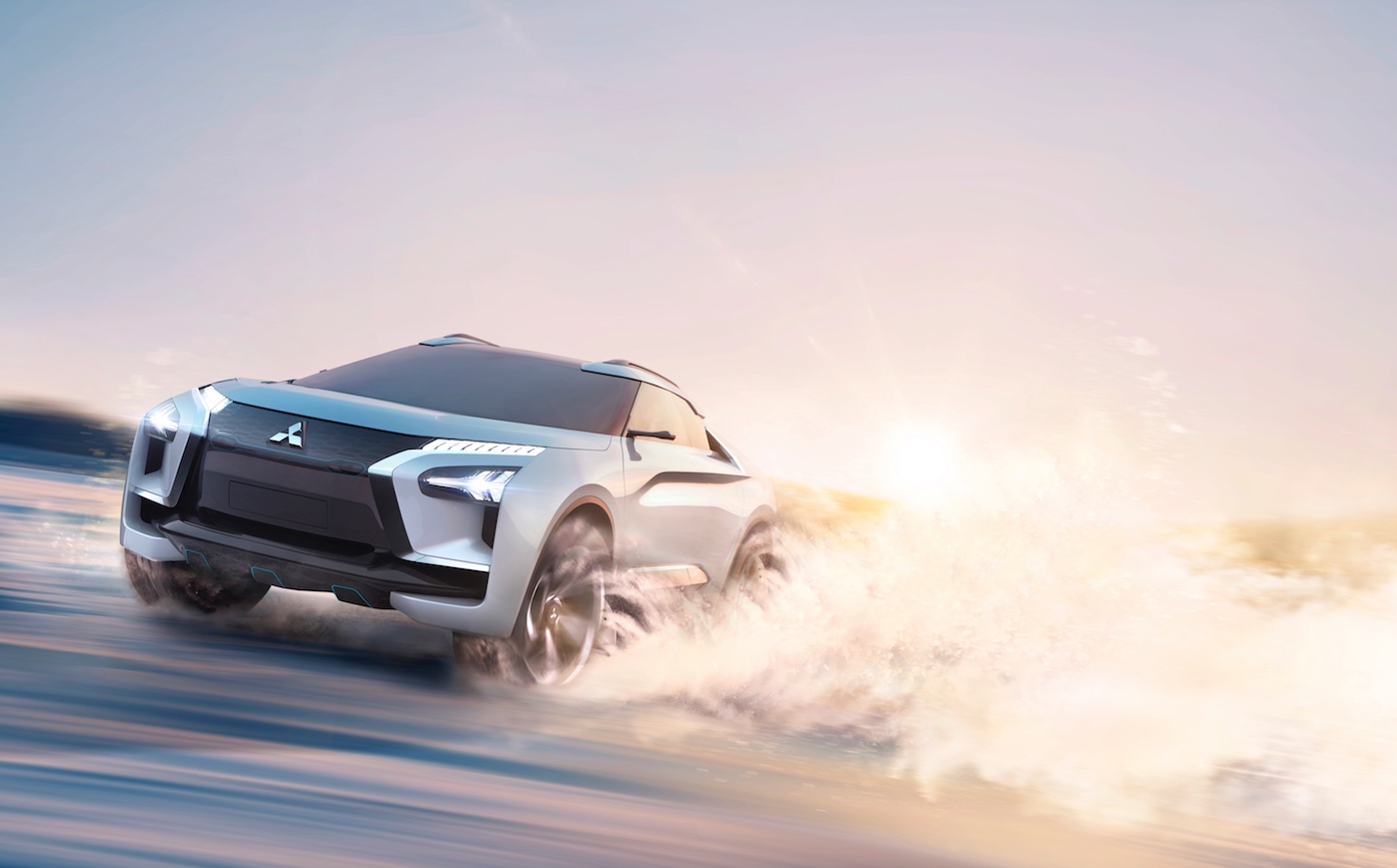 Mitsubishi this week unveiled the e-Evolution concept all-electric high performance SUV. The e-Evolution prototype, which Mitsubishi describes as demonstrating the company’s new direction in sport utility vehicles, electric vehicles, and connected mobility, is a big step forward for an automaker that was early to the electric vehicle space but has recently fallen a step behind.

Mitsubishi earned plaudits for the 2009 launch of the all-electric i-MiEV, which is considered the world’s first modern-day highway-capable mass production electric vehicle. In the U.S., though, the subcompact never enjoyed significant sales or garnered much love. Burdened with a cramped interior, modest exterior, and range of only 62 miles, American sales have been downright abysmal.

With the electric vehicle market today growing by leaps and bounds, many industry-watchers have been wondering when the EV pioneer would get back in the game. Although Mitsubishi’s e-Evolution remains a concept prototype, all indications are that the company is on the right track.

With regard to handling and performance, Mitsubishi’s concept vehicle provides 4-wheel drive via three electric motors, one for each rear wheel and a shared motor for the front wheels. The triple-motor system uses advanced sensors and other technology to provide superior cornering and traction performance in a system called Super All-Wheel Control.

[The e-Volution] is just trying to tickle your intellect and say “an EV is not an apology car, it’s the future of transportation.” This is one example to provoke folks but it is also clearly a symbol of where we want to go from a product development point of view.

Specifications such as range and battery size are not yet available, but based on the competition Mitsubishi will likely target at least 300 miles of range with a battery no smaller than 85 kWh. As for the type of plug Mitsubishi will use for fast charging, based on the company’s experience with the CHAdeMO direct current technology in the i-MiEV it’s a safe bet that plug will appear on the production vehicle along with the industry-standard J1772 Level 2 plug.

Further enhancing CHAdeMO’s chances is the fact that Mitsubishi is in the same corporate family as Nissan, whose 250,000+ Leafs use CHAdeMO. Finally, using CHAdeMO will enable Mitsubishi to leverage the nationwide network of DC fast chargers that Nissan has deployed at its dealerships and retail locations with EVgo to support Nissan’s No Charge To Charge program, under which Nissan customers get up to two years of free charging.

While the CHAdeMO chargers currently deployed in the U.S. supply up to 50 kW of power, the next generation of chargers is expected to deliver 150 kW, with the following generation after that expected to supply 350 kW. This is important because the coming wave of EVs will have large batteries, necessitating faster fast charging than is generally available today. At 150 kW, a 300-mile range EV would be expected to charge from empty to 80 percent in about a half hour, though with such a long range the vast majority of charging for nearly all drivers will be Level 2 charging overnight or while at work.