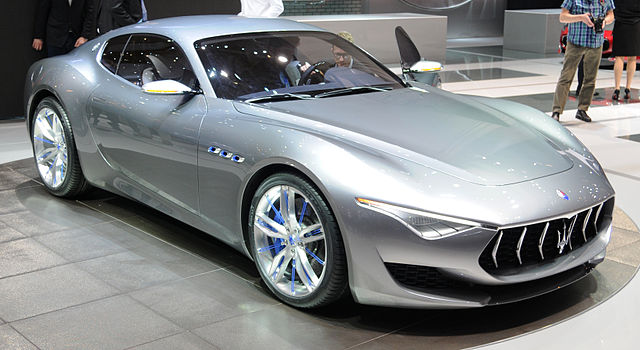 Sergio Marchionne, CEO of Fiat Chrysler, which owns the Italian ultra-luxury supercar manufacturer Maserati, discussed in an interview with Bloomberg Television the possibility of adding an all-electric vehicle to the company’s line-up. One candidate for the electric powertrain is rumored to be the Alfieri concept car. Acknowledging that electrification may not be “a solution to all of man’s ills,” Marchionne said his company nonetheless needs to experiment with technology such as electric power and connected cars. Commenting on the competition, Marchionne said:

“I’ve always thought the economic model that supports Tesla is something that Fiat Chrysler could replicate [and] we have the brand and the vehicles to do it.”

Citing increasingly stringent emissions requirements, Marchionne also expects to introduce hybrid versions on most of his company’s models by 2021, including the Maserati Levante sport-utility vehicles. An electric Alfieri is not planned before the company’s current five-year plan, which ends in 2018, or before Marchionne’s scheduled retirement in 2019.