For the first time ever, the rolling 12-month total of natural gas-fired power generation in the United States ending in January 2016 was higher than the rolling total for coal-fired generation. According to reports from the U.S. Energy Information Agency, this was not a one-month anomaly: the running 12-month totals for natural gas continued to be higher in February, March, and April 2016. 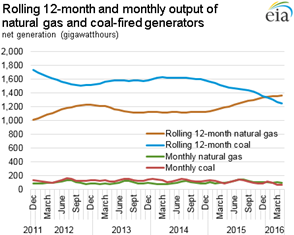 Until as recently as March 2015, gas-fired generators had *never* produced more power in a single month than coal-fired generators. This graph shows coal’s historical dominance: 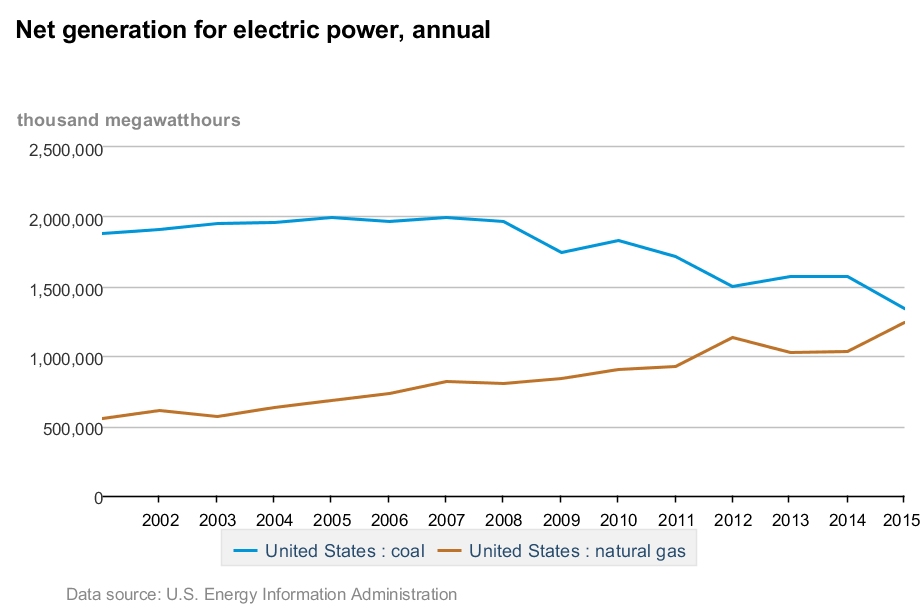 The gap between coal and gas has been slowly narrowing, and in April 2015 electricity generated from natural gas-fired sources for the first time exceeded generation from coal-fired sources. 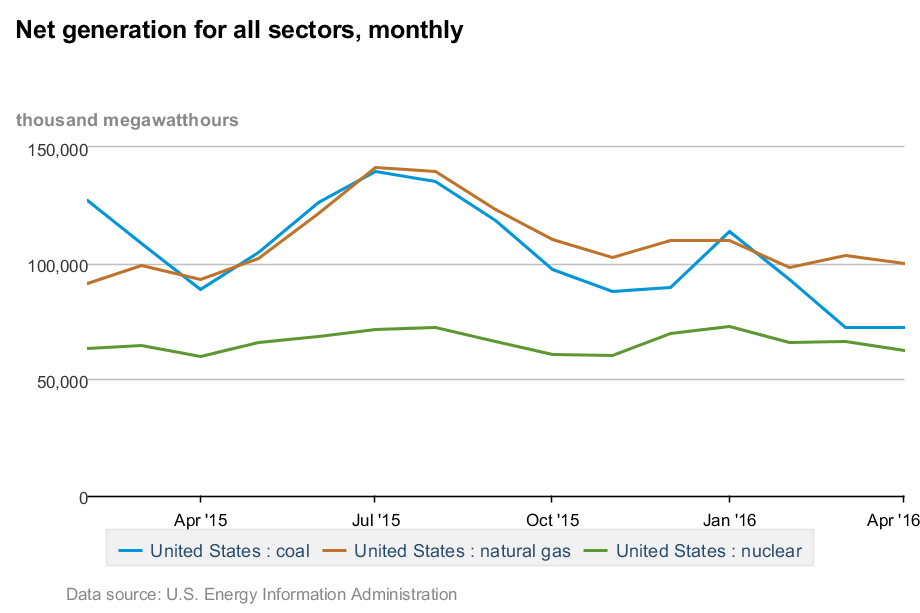 Natural gas’s surge in the power sector is driven by two factors: (1) a flight from coal due to costly new emissions requirements that challenge coal’s economics, and (2) a falling commodity price that helps even in the absence of environmental factors. The following graph shows the long-term decline in the price of natural gas:

The dominance of natural gas is expected to continue, as demonstrated by a report from PJM Interconnection showing that natural gas accounts for a whopping 87 percent of all queued capacity rights.