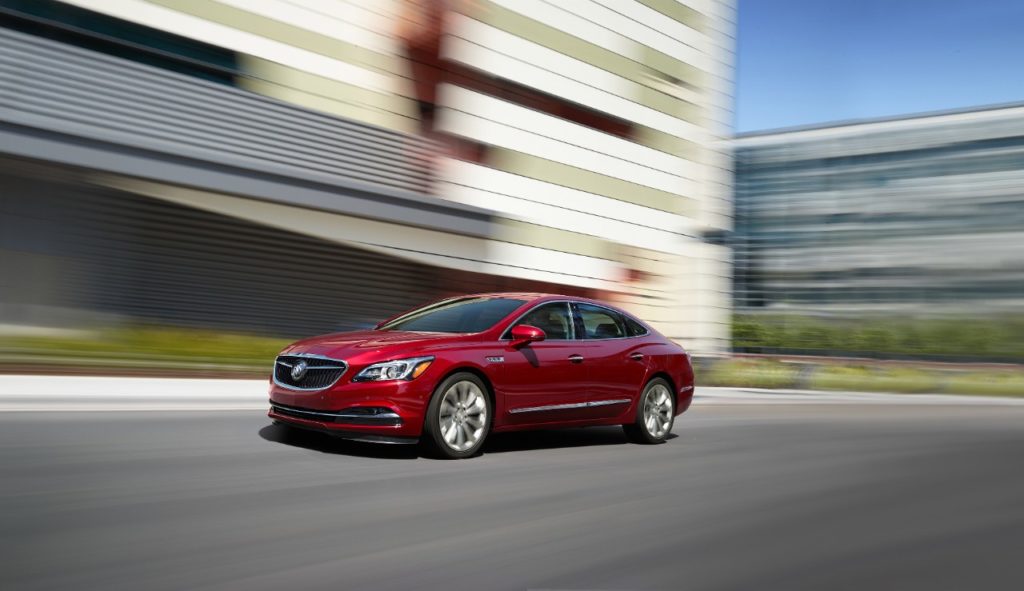 General Motors’ Chevrolet division has long been the company’s focal point for electrified vehicles such as the plug-in hybrid Volt and the all-electric Bolt. Now, though, Buick is getting into the game. Although not yet jumping into the deep end with an all-electric, the brand is taking a meaningful step with an improved “eAssist” system, which is an 86-volt mild-hybrid system that Buick refers to as “light electrification” and will be in five models within a year.

The new eAssist, when coupled with the LaCrosse’s four-cylinder engine, delivers a 19 percent increase in city fuel economy compared to the LaCrosse’s V-6 without eAssist. The system also leverages a compact lithium-ion battery pack to provide certain benefits found in fully electric vehicles, such as torque-assisted launch (with the latest eAssist producing nine percent more torque than the prior eAssist), energy-saving regenerative braking and smooth stop/start. eAssist will be included as the standard powertrain for the 2018 LaCrosse, which goes on sale this fall.

“Executing innovative technologies in an approachable and meaningful way is core to Buick,” said Duncan Aldred, vice president, Global Buick and GMC. “By adding the eAssist system to the LaCrosse, our technology flagship, we are making electrification accessible to our customers as we chart our course to the future of mobility.”

2. Electric Assist: The MGU’s electric motor function provides a power boost for an extremely smooth launch from the Auto-Stop mode. It funnels additional torque to the engine when needed to optimize overall driving performance and efficiency.

3. Regenerative Braking: When braking or coasting, some of the energy normally lost is converted to electricity through the MGU and stored in the lithium-ion battery pack.

4. Lithium-Ion Battery Pack: The 86V lithium-ion battery pack, which has been repackaged to be more compact, stores energy captured during regenerative braking. This energy powers the electrical system when the vehicle is in Auto-Stop mode. It also powers the MGU to provide a smooth launch from Auto-Stop mode or additional torque to the engine as needed.

5. Seamless Stop/Start Technology: Contributes to added fuel savings3 by seamlessly turning off the engine when in Auto-Stop mode (e.g., at a stoplight or in heavy traffic) and restarting when the foot lifts off the brake pedal or presses the accelerator.