Following up on the 2015 introduction of a concept for a 300+ mile all-electric luxury-class sport SUV, Audi today announced plans to introduce three battery-electric “e-tron” models by the year 2020 and to electrify additional models after that. The first e-tron will be an SUV that will go on sale next year. An e-tron Sportback will follow in 2019, and a compact hatchback built on the company’s MEB platform is expected in 2020.

Demonstrating the company’s commitment to electric vehicles (EVs), Audi explained that it has already trained more than 6,000 employees to work with high-voltage technology and is involved in developing public fast-charging infrastructure to support the company’s new vehicles.

For the U.S. in particular, Audi has established Electrify America, an organization whose mission includes (1) investing in EV charging infrastructure, (2) increasing awareness and fostering education about EVs, and (3) launching a Green City initiative in a yet-to-be-named California municipality. 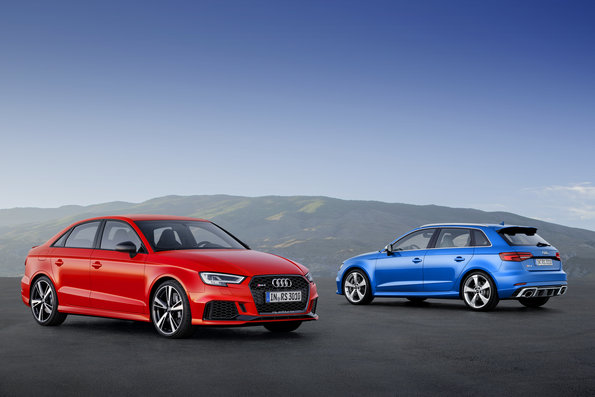 In addition to expanding electric mobility, Audi is investing in self-driving cars through a new subsidiary called “Autonomous Intelligent Driving GmbH.” The group, whose technology will benefit not only Audi but also the entire Volkswagen family of brands, will first focus on developing systems for autonomous vehicles in cities. Potential applications of the technology the group envisions include autonomous taxis.

Audi is also developing assisted and piloted systems for other traffic situations, such as on highways or country roads. In the new Audi A8, for example, customers will for the first time be able to use Level 3 automated driving functions at speeds up to 60 km/h. Level 3 autonomy means that the vehicle is capable of monitoring the driving environment and accelerating, decelerating, and steering independently, while relying on a human driver to intervene on demand.