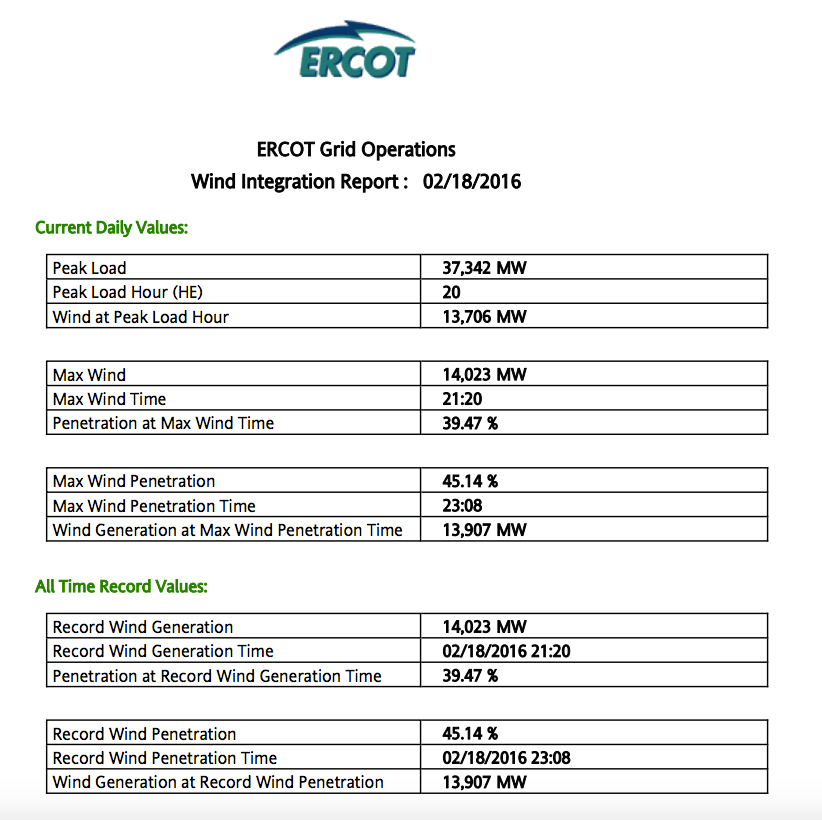 The Electric Reliability Council of Texas (ERCOT), Texas’s electricity grid operator, reported that wind resources on February 18 hit a record peak output of 14,023 MW at 9:20 PM, which was enough to serve just under 40% of the state’s load at that moment. A short time later, at 11:08 PM, wind resources achieved another all-time high when, despite slightly reduced output of 13,907 MW but because of reduced load, wind served a whopping 45.14% of the demand on the grid.

These record wind outputs by grid operators across the country demonstrate that large amounts of wind energy can be reliably integrated into the grid. Thanks to technological advances, wind plants are able to meet or succeed the reliability functions of conventional generation, allowing renewable resources to play an even greater role in the U.S. energy mix.