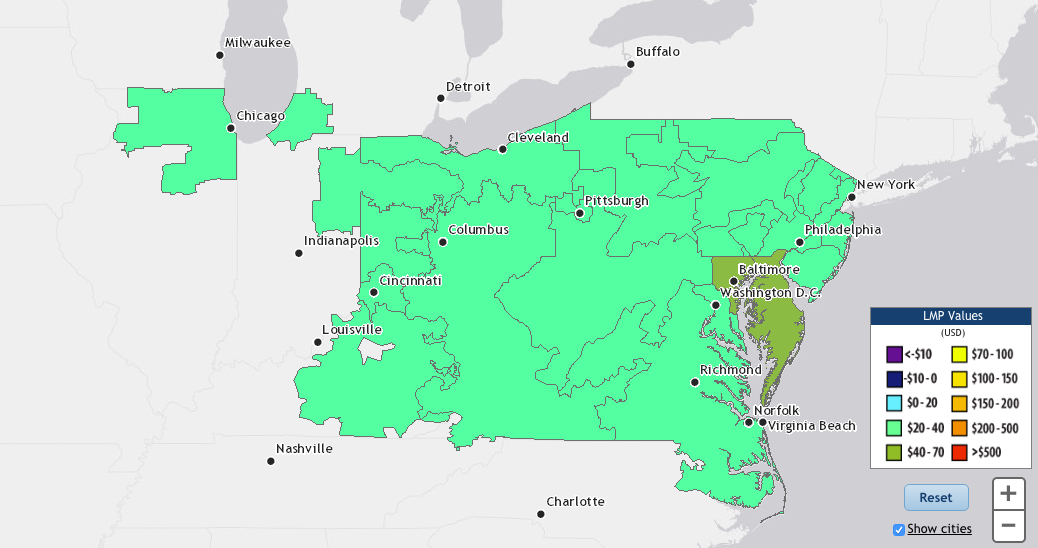 The decline is attributed to lower fuel prices and lower demand for electricity. Specifically, the load-weighted average real-time locational marginal price* (LMP) was 36.0 percent lower in the first six months of 2016 than in the first six months of 2015. In terms of dollars per MW-hour (the cost of generating one megawatt of power for one hour), this means a decline from $42.30 to $27.09. Day-ahead prices declined by a similar amount, 36.8 percent, from $43.26 per MW-hour to $27.33 per MW-hour.

While notable, this price drop will generally not be seen quickly by most residential retail customers for the following reasons:

That said, the real-time prices addressed by Monitoring Analytics are a key signal for short, medium, and long-term contracts. Therefore, if low LMPs are sustained, as appears to be the case today, then these prices will eventually make their way into the prices all customers pay.

*LMP is defined as “the hourly integrated market clearing marginal price for energy at the location the energy is delivered or received.” The market for electricity on the PJM grid contains many delivery points (see map above), and the price at any given point is determined largely by the cost of the most expensive generator delivering electricity to that point at that particular time.